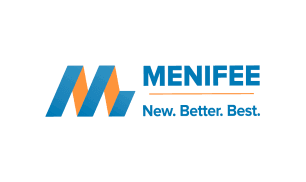 On December 18th, 2019, the City Council adopted the final version of the Zoning Code. The zoning code will be effective 30 days after adoption. To view the adopted versions of the code, follow the links provided below:

Encode is an online tool for viewing of the Development Code, which provides rollover/pop-up definitions, dynamic tables and hyperlinks, and search capabilities.

The City of Menifee began the process of creating comprehensive “Menifee-specific” zoning, subdivision and grading ordinances that are consistent with and implement the adopted 2013 General Plan.  Otherwise known as the Comprehensive Development Code, the regulations were crafted with the intention of being user-friendly and helping the City and applicants to achieve the vision, goals and objectives of the General Plan while establishing clear procedures for the development review process.

For more information about the General Plan, see: General-Plan

What is a Zoning Code?

The Zoning Code divides the City into “zones” and defines how property in those zones can be used by regulating land use, size of buildings, parking, and other development related issues.

Why Update the Code?

Menifee became an incorporated city in 2008 and adopted its first general plan in 2013. However, the ordinances governing the development of the city were prepared for the County of Riverside prior to incorporation. They are outdated, unnecessarily complicated, and do not accurately reflect or properly implement the City’s General Plan.

Will It Change Use of My Property?

The primary purpose and effect of the new zoning, subdivision, and grading ordinances is to make them consistent with and implement the 2013 General Plan. While many improvements to the organization and mechanics of the Zoning Ordinance are improved, the updated zoning will not change the General Plan land uses. The General Plan adopted by the City in 2013, recommend changes to a few defined areas that require changes to zoning for consistency purposes.  These areas were discussed during the General plan approval process for which there were numerous public hearings before the Planning Commission and City Council.

What is the Process?

The City, with the support of its consultant, Michael Baker International, designed the following multi-phase process: