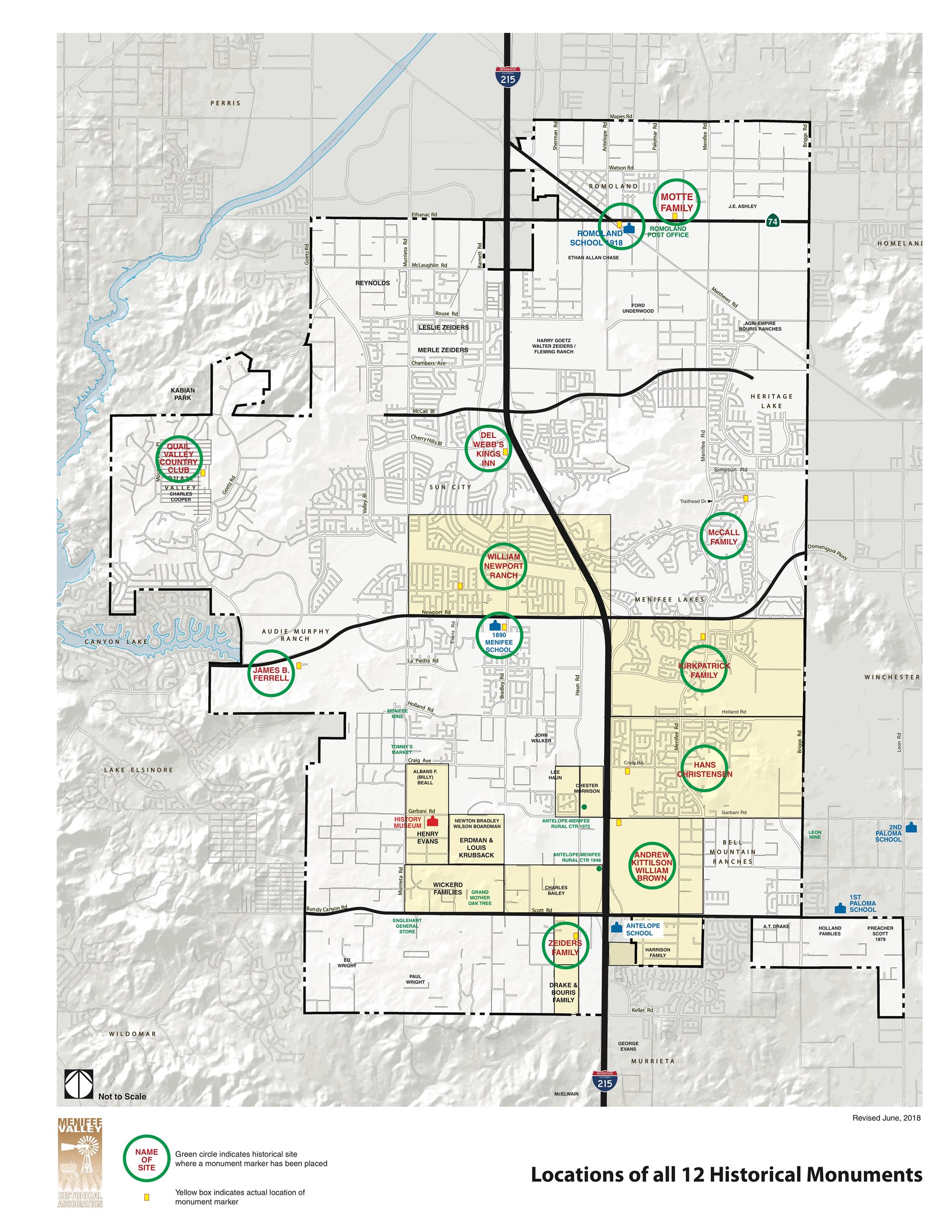 (Click the map to see a full size version)

The City of Menifee is located in southwestern Riverside County approximately 30 miles southeast of the City of Riverside, California. The city encompasses approximately 50 square miles with an overall population of 91,902.

Interstate 215 traverses north and south through the center of Menifee, with existing community commercial areas located primarily along Newport, Bradley, and McCall Roads off of I-215.

The City of Menifee includes the communities of: Sun City, Quail Valley, and portions of Romoland. The city is generally bordered on the north, west, and south by the cities of:

To the east and northeast, the city border sunincorporated county territory.

In the 1940's many of the Menifee roads that you see today were given a "family name." These names could be traced back to an early settler of Menifee who had owned a property in a specific location. The list of Menifee roads has a unique history and is a part of Menifee’s culture today.

The area was originally inhabited by the Luiseno and Pechanga Indian tribes, and in the 1700s, the area fell under the rule of the Spanish empire. The area was eventually annexed into the United States from Mexico in 1850 under California's statehood.

Farming activity beginning in the mid-1800s was concentrated in the Menifee area. Mining activity began in the early 1880s with the discovery of a significant quartz lode by miner Luther Menifee Wilson. Menifee derived its name from that mining operation.

Early development of the City of Menifee began with Sun City in the early 1960s as the concept of an active retirement community that was envisioned by Del Webb, a major building contractor from Phoenix, Arizona. Sun City is centrally located within the City of Menifee with a mix of residential and commercial activity.

Incorporation of the City

On June 3, 2008, the residents of the communities encompassing the City of Menifee voted to incorporate Menifee into Riverside County's 26th city. The new City of Menifee was officially established on October 1, 2008.